During 1949 and 1950 Tibet, an independent country the size of Western Europe, was invaded by China. Since then, the Tibetan people have become marginalised in their own country, Tibetan culture has been severely restricted, and hundreds of thousands of Tibetans have died as a result of the occupation, through torture, execution, suicides and starvation. Tibet’s rich natural resources are diverted to the Chinese mainland, and fundamental rights continue to be denied. Simply saying the words “Free Tibet” or displaying a Tibetan national flag can result in arrest, torture and imprisonment. Religious freedom has been increasingly restricted: monks and nuns continue to be beaten, arrested and imprisoned for refusing to denounce the Dalai Lama, their spiritual and temporal leader.

Today, Tibet is strictly governed by the Chinese Communist Party with the active support of the military, which maintains the occupation with a presence of at least one quarter of a million troops.

Since 2006, senior Chinese Communist Party leaders have intensified their focus on the "anti-separatist struggle" in Tibet, indicating their determination to crack down on any dissenting views and actions. At a meeting in Lhasa in May 2006, the new Party Secretary of the Tibet Autonomous Region (TAR), Zhang Qingli, called for the intensification of the political "patriotic education" campaign. He said the Party is engaged in a "fight to the death struggle" against the Dalai Lama and his supporters (source: Xinhua) and described the Dalai Lama as "the biggest obstacle hindering Tibetan Buddhism from establishing normal order".

Tibet is currently being transformed, following the launch of the Chinese Communist Party’s “Western Development Strategy” in 1999. This strategy includes major infrastructure and industrial projects, the cornerstone of which is the China-Tibet railway. These kinds of projects, including mines and dams, when rolled out in low-income countries, areas of conflict and/or where rule of law is weak are problematic at the best of times. Tibetan people face the additional challenge of the political motivations behind the Chinese leadership’s push to ‘develop’ Tibet. Although the stated aim of the Western Development Strategy is to reduce the economic disparity between the richer eastern seaboard of China and poorer western provinces, the true motivation of the plan is to consolidate China’s political control over the western frontier areas including Tibet. The vast majority of Tibetans are not benefiting from this rapid development and are becoming increasingly marginalised economically, as well as politically. 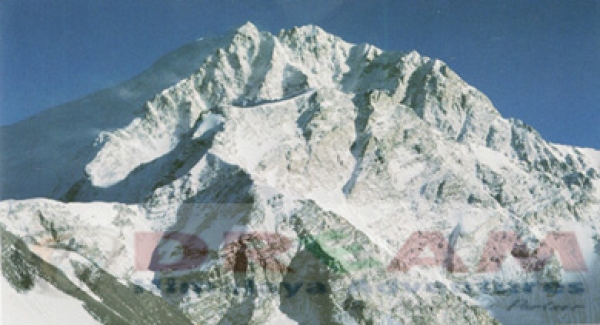 Dream Himalaya Adventures (DHA) present you the most challenging and some of the unclimbed [...]